You are here: Home » Beginner Napkin Folds » The Cone Fold 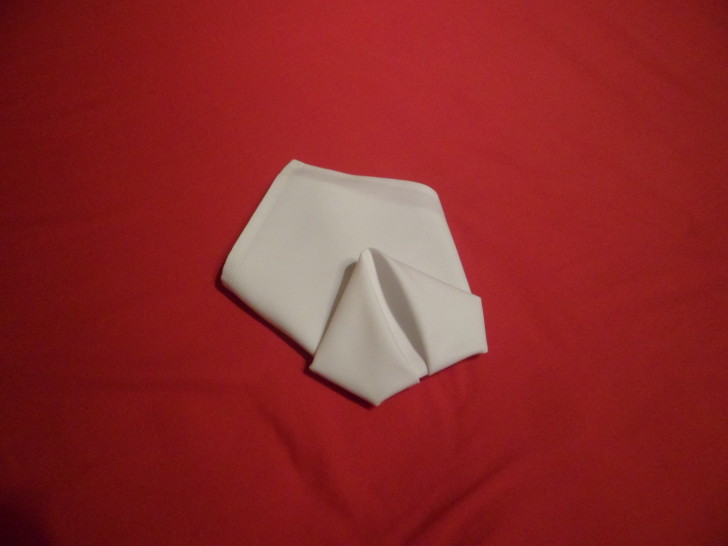 The Cone Fold isn’t exactly a master class in Napkin origami but it most definitely gets the job done. 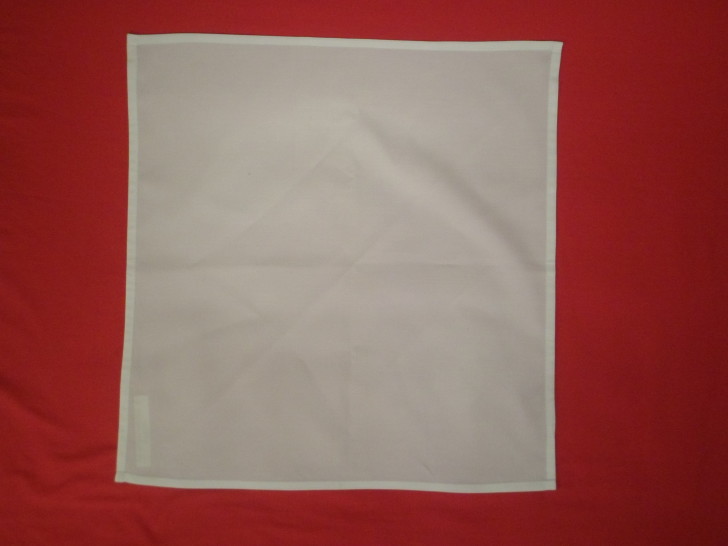 Lay the napkin flat out infront of you. If the napkin has tags or labels then make sure they are facing upwards at the beginning to avoid having them poorly placed and in view when completed. 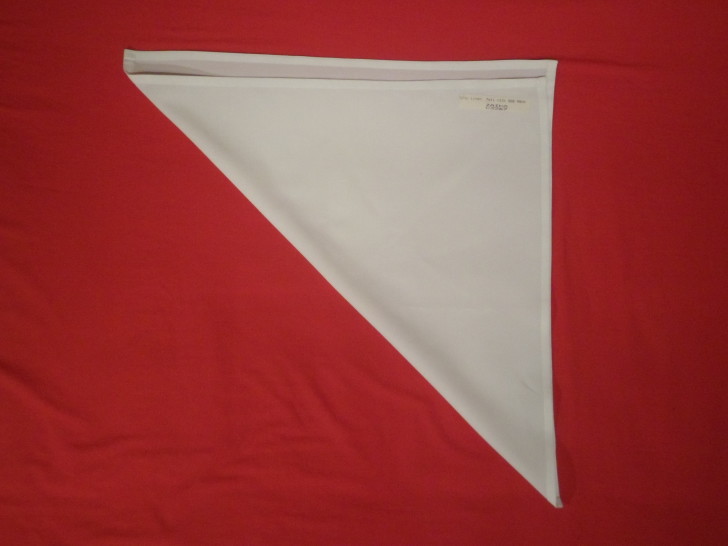 Fold the napkin in half diagonally making a triangle. 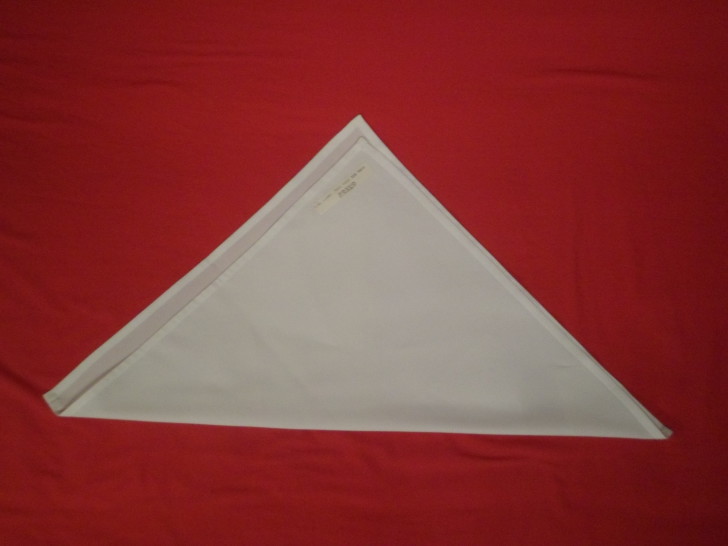 Have the triangle placed in fornt of you with the opening pointing away from you. 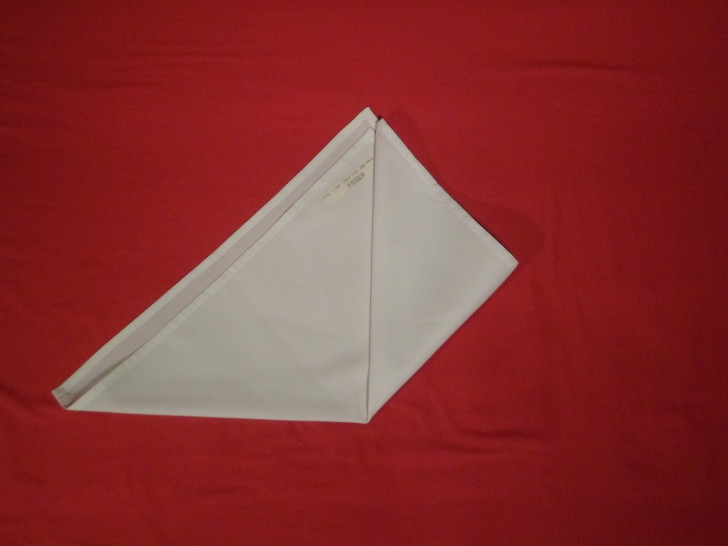 Fold the bottom right corner up to the centre.

Fold the left hand side to the centre creating a diamond shape. 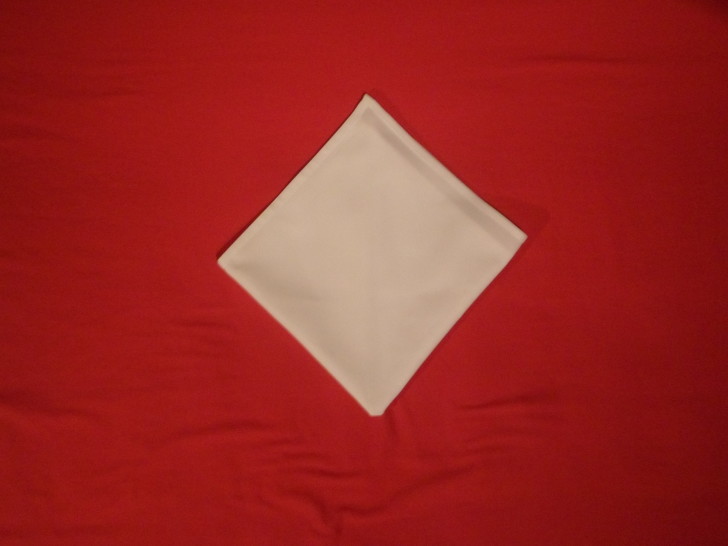 Flip the napkin over. 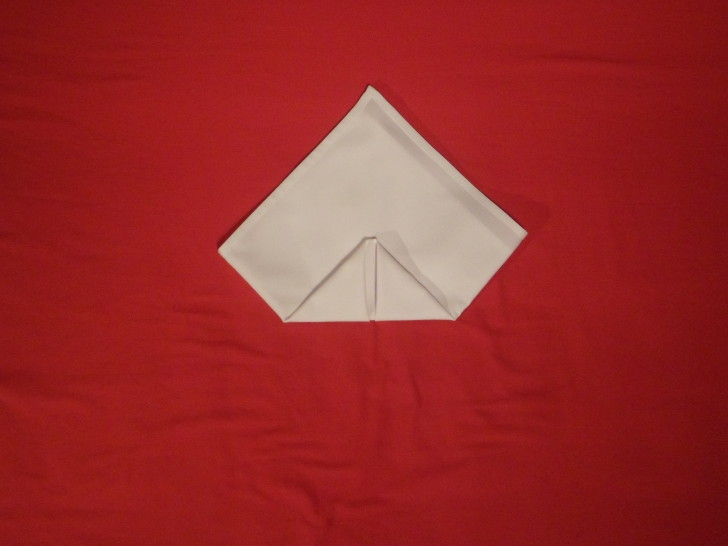 Fold the bottom of the Diamond up to half way. 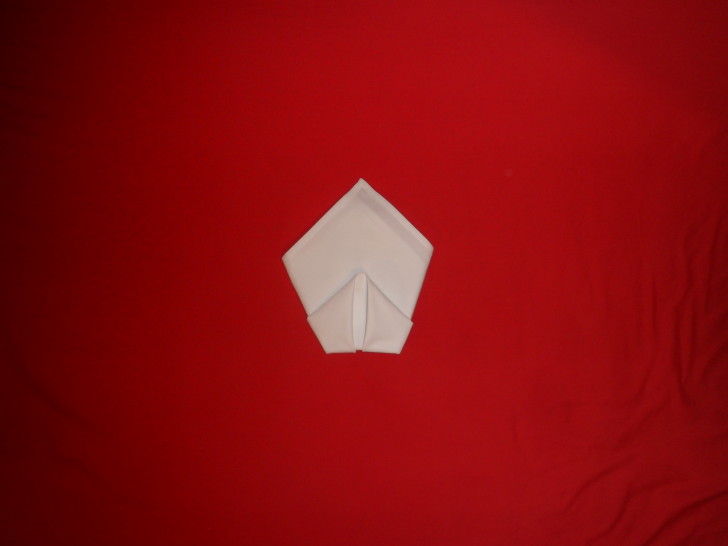 Fold Left and right sides of the napkin underneath and adjust to your satisfaction.

The cone fold not doing it for you? Check out our Intermediate and Advanced napkin folding tutorials.