How To Fold Napkins 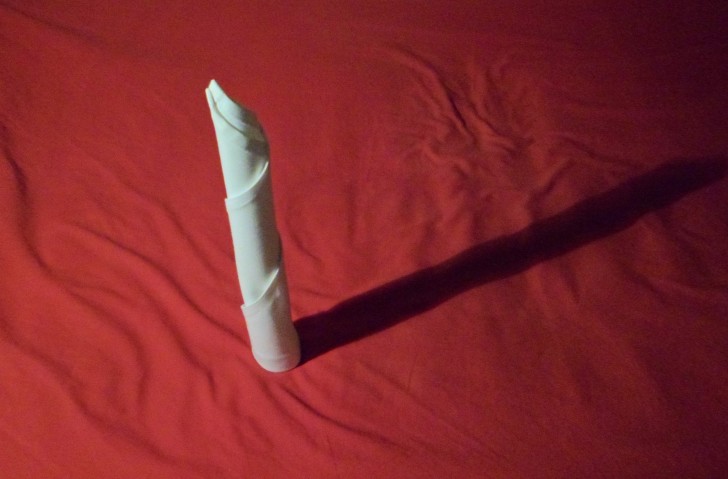 Good free napkin folding instructions are hard to come by. When it comes to folds like The Candle fold it may look pretty simple of the face of things but there is a lot of napkin folding technique goes in to making it stand vertically. This fold can also benefits from the use of starchif your napkins are a little limp.The candle fold can also provide for some pre meal fun. Adding small slips of paper to the middle with jokes or games like ‘what celebrity am I’ could potentially buy you some vital kitchen pre time. 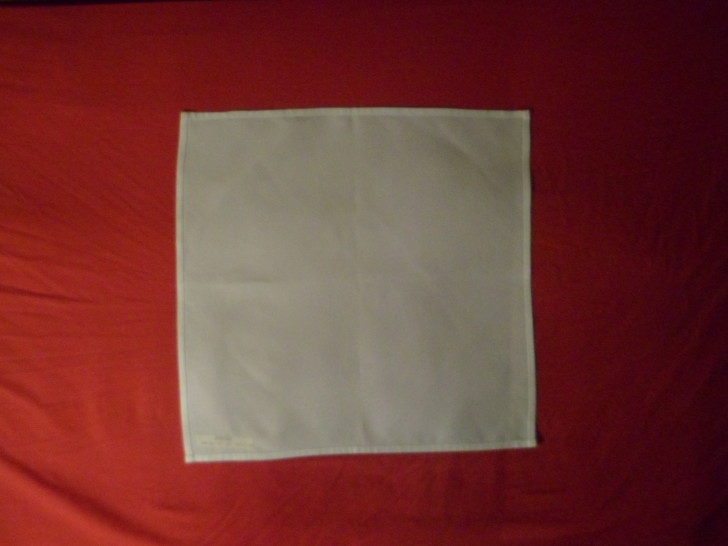 Lay the napkin flat out in front of you. If the napkin has seams, labels or tags make sure they are facing up so when the fold is complete they aren’t showing. 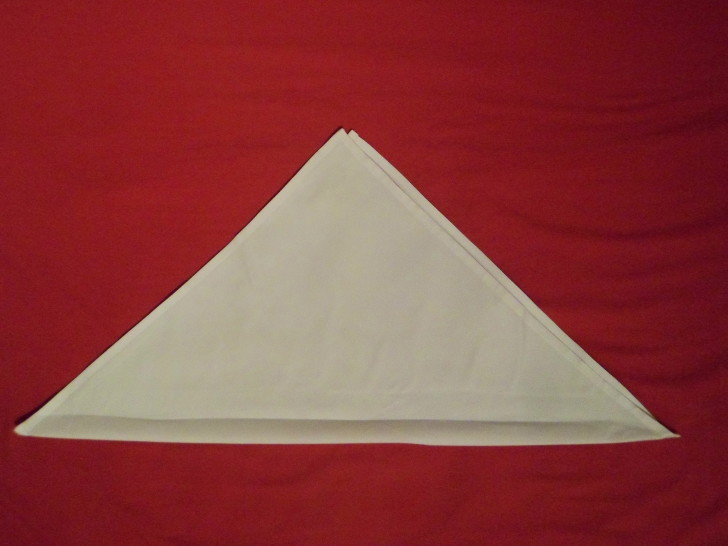 Fold diagonally in half making a triangle. 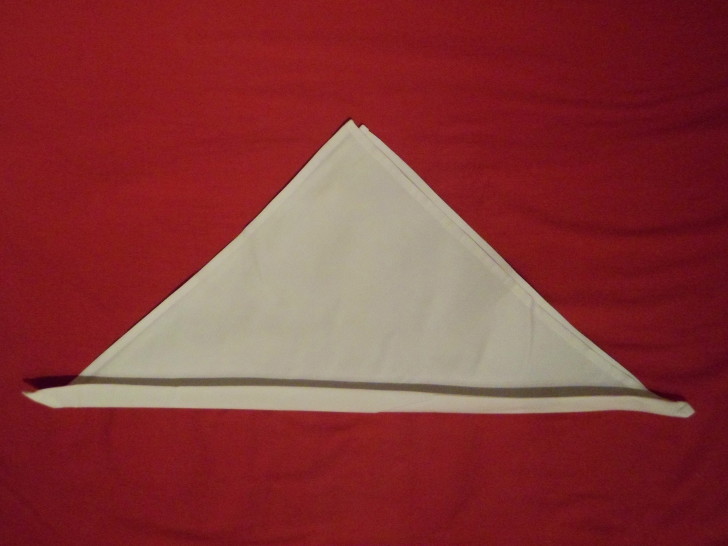 Fold the napkin up about an inch – inch and a half, along the fold you just made a.k.a the longest side. 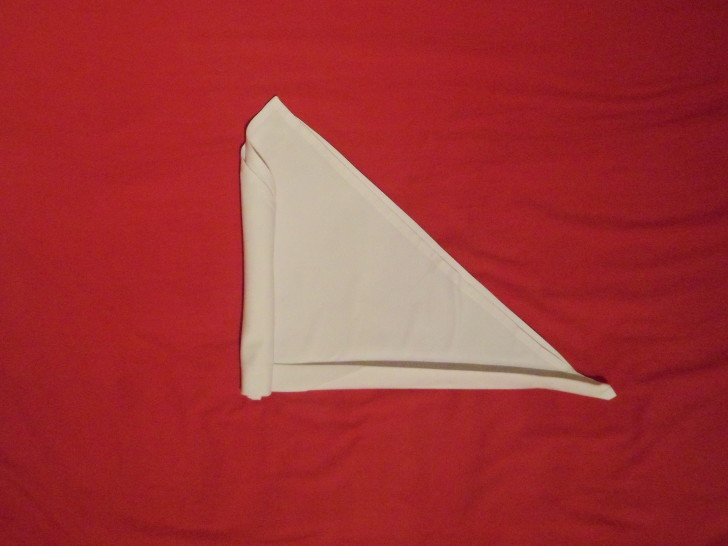 Its up to you what side you roll from it doesn’t really matter.  Just make sure your rolling along the longest length of the napkin and that your doing it tight! 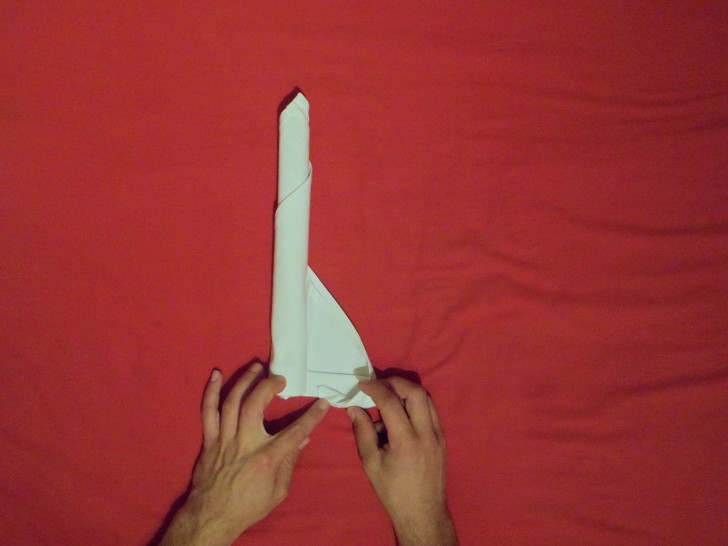 Now here comes the tricky bit. When you are about three – five inches away form the other side. Take the unrolled tip and bring it around in a semi circle like motion on the out side of the napkin to where roll is.

You now want to roll the napkin over the tip and into the pocket you’ve just created. This will ensure that the napkin stays tightly in place. 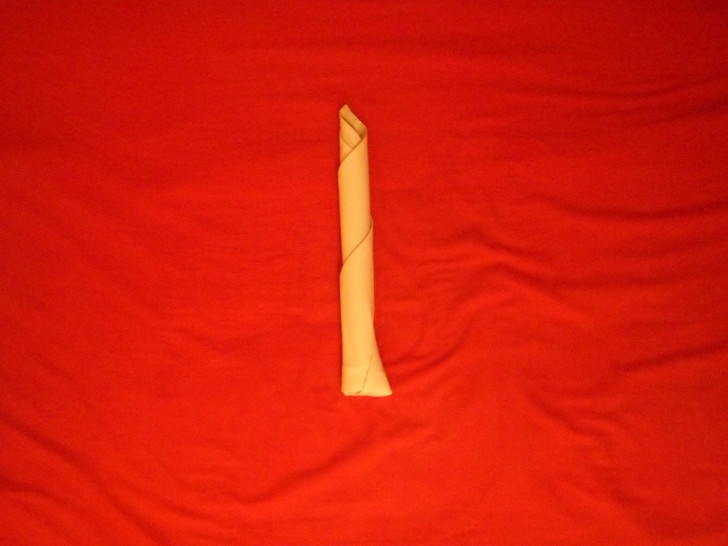 Let her take her first …step? It can be pretty tricky to get it to stand up on its own but just give it a bit of a man handle.