You are here: Home » Advanced Napkin Folds » The Bird of Paradise 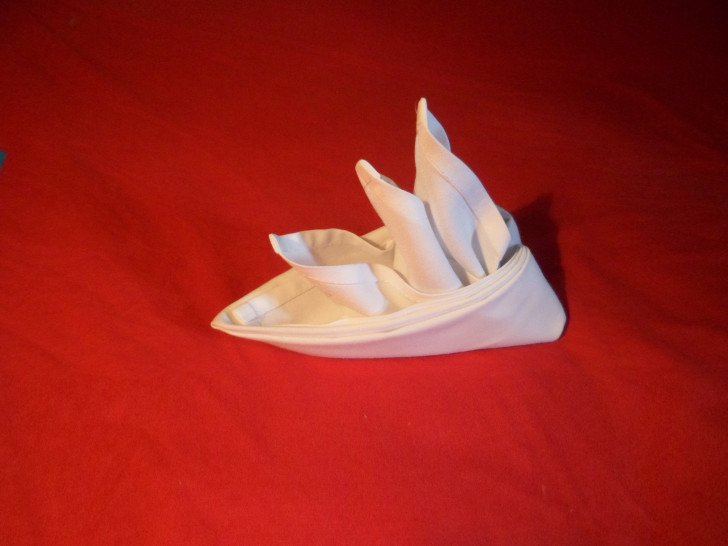 When it comes to Table Napkin Folding the Bird of paradise is one of the more difficult. But it is also one that produces the best outcome.  Here is a small piece of trivia in relation to this napkin fold. The Bird of paradise, Bird or Plant?The Bird of paradise in the ornithological sense refers to a family of birds named the Paradisaeidae, which are found on the island of New Guinea.In regards to it being a plant. It comes from the Strelitzai family that consists of five different species of perennial plant native to South Africa.Now your armed with the answers to the questions from the guests lets make sure you can actually know the napkin folding technique. 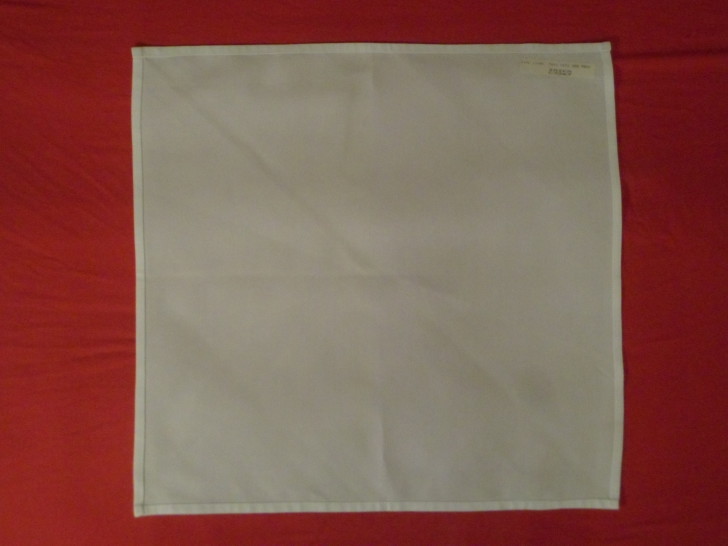 lay the napkin flat out in front of you. If the napkin has labels tags or a folded seam ensure that these are facing upwards to begin with. 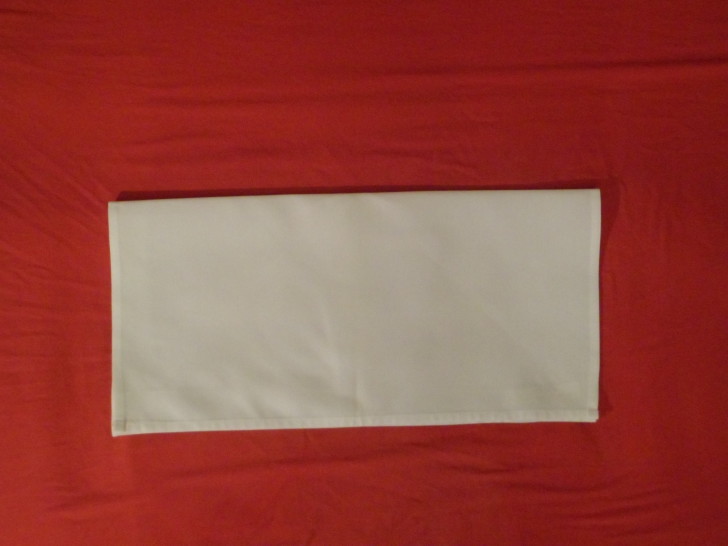 Fold the napkin in half to the opening is towards you. 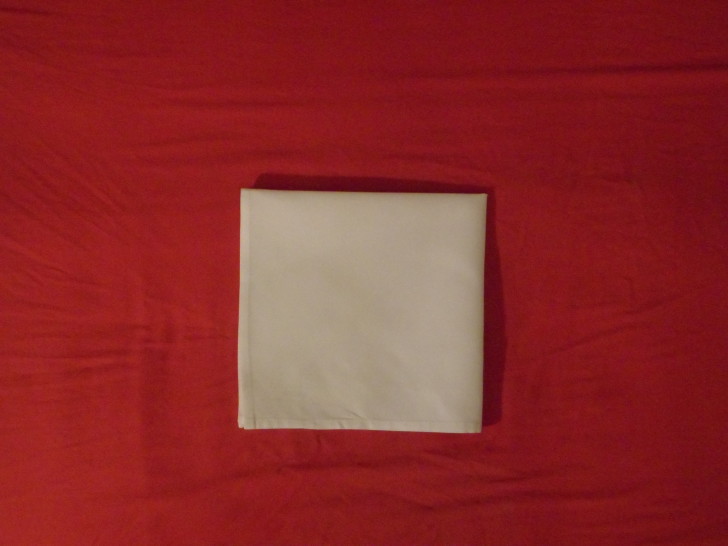 Fold the napkin in half again so it is now a square a quarter of its original size. The opening should be bottom left now.

Take the bottom left corner (the open ended one) and fold the napkin in half towards the top right. 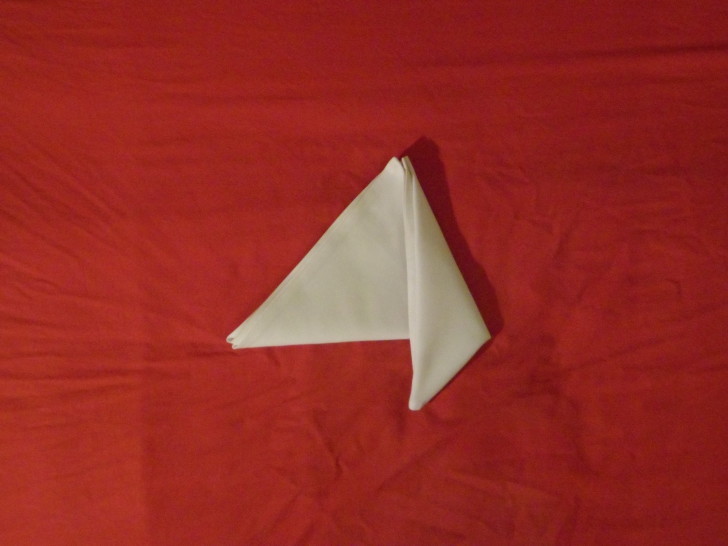 Have the triangle laid out in front of you so the long edge is facing you. Now take the right corner and fold it over half of the napkin.

Take the left hand side now and repeat the fold. They should meet in the middle. 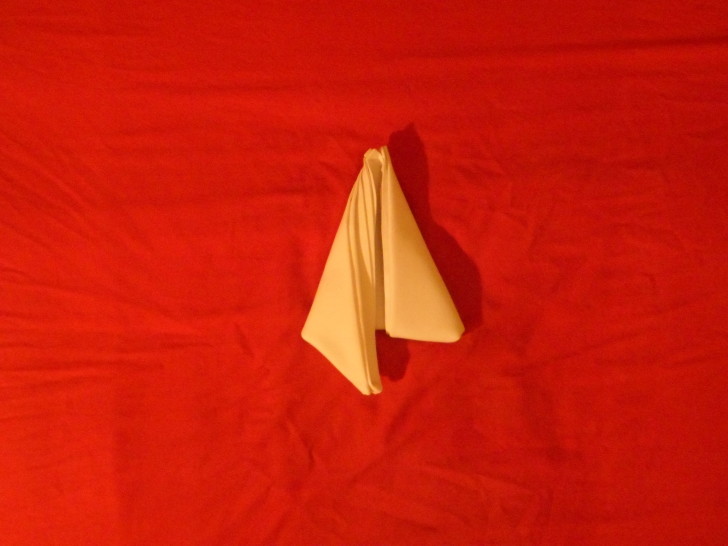 Take the right hand side bottom flap and tuck it underneath. 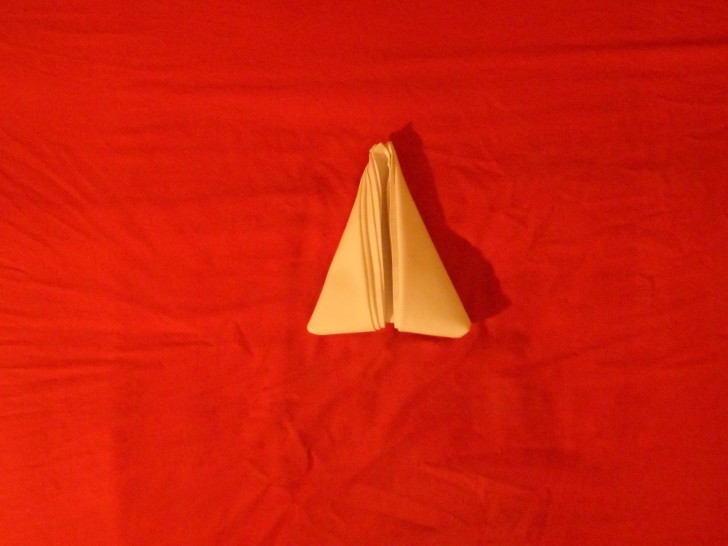 do the same with the left hand flap. 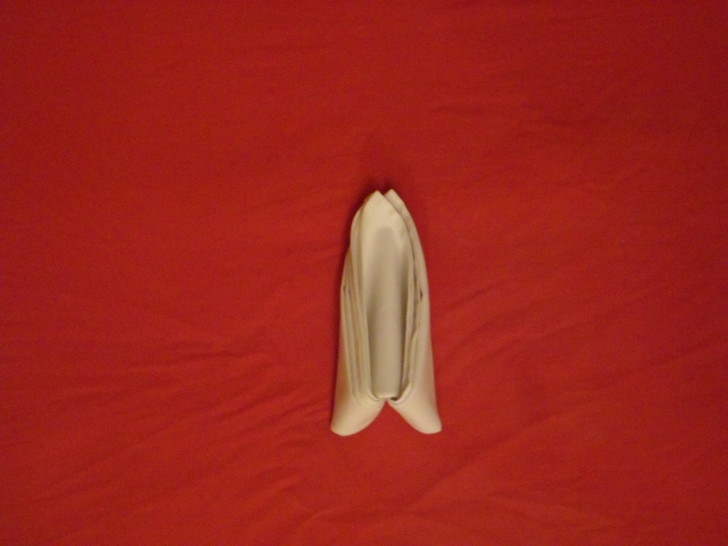 You now want to fold the napkin in half. The easiest way to do this is place your thumbs underneath the napkin and then simultaneously come up with your thumbs and push down with your fingers.

Makin sure you keep a firm grip on the napkin. You wouldn’t want it flying away now. Begin to peal back the lose corners of the napkin creating the plumage. You should have four in total to pull back and arrange. It may take a bit of tinkering to get it to a shape your happy with. Keep at it and you’ll eventually get it perfect.

If you are finding this style of table napkin folding to difficult or your napkin is to small you should have a look at either the Pyramid Fold or the Arrowhead Fold.